You are a volunteer for Brigstowe. What kind of roles have you taken on?

I have taken on various roles. Mainly I came into Brigstowe to work as a peer mentor and then got involved with social events as the react group. I am also involved with the campaigns group to help raise funds and publicise Brigstowe much wider. I’ve been an active member at helping at Prides. Being out there in the LGBTQ+ community to spread knowledge about HIV, sexual health and the fact that Brigstowe exists and is here as a service to offer support and advice to people living with HIV and also the support that Brigstowe offers to families of people affected.

What’s your experience been like taking on those volunteer roles and what’s that meant for you?

My experience has been really quite unique, it’s given me a sense of belonging, it’s helped me build my resilience up by being involved with Brigstowe. It’s helped with my confidence levels, it’s helped with my knowledge base around HIV. It’s a role within Brigstowe which means you’re constantly learning about the issues around HIV and it’s a very empowering role to be able to be a person to pass this knowledge on to others, who have been diagnosed and need some input from a Peer Mentor for a period of time, maybe.

Do you think it’s helped you engage with your HIV status?

Remarkably! I think when I came along, I was most probably quite isolated and lonely in different ways, I didn’t know too many people who were positive. I knew people, I know other LGBT people, but it didn’t give me the ability to sit in a room about talk about my HIV+ status because of disclosure. I chose not to disclose to some of my friends but some I did, so it gave me the opportunity to talk about being positive. That lifts your spirit and helped me along my journey. It’s improved my confidence, it’s helped with my self-esteem. One thing I’ve noticed it’s heled with considerably is my resilience levels.

So you can cope with more?

So I most probably can cope with more. I won’t say it’s perfect. I do struggle sometimes, but my resilience levels I have noticed because I have noticed things in me… I’m much calmer, I think that’s because before I came along to Brigstowe I wasn’t really doing much, and my tolerance levels were low. I wasn’t very tolerant of things going on around me, meeting new people being out there in the community, with the LGBT community, doing Positively UK peer mentor qualification, conferences, UK CAB advocacy training. It’s all helped and had an input in evolving me in a different better direction. I would say it certainly has helped me, and it would be such a shame if services like Brigstowe weren’t around because I think they are unique in themselves and are very much valued by people who use the service, I think to the people who use the service, they feel that Brigstowe is like a family to them, It would be disastrous if services like this weren’t around.

On that note, what would you say to anyone who’s thinking about volunteering?

I would say if you’re thinking about volunteering got Brigstowe or any organisation, it’s a really good step, if you can get to that stage where you can take that step, where you can go in and talk to someone in that organisation you’d be very surprised if you looked back. It does give you a sense of purpose, it fills your time, it helps educate you, build you skills, meeting new people, helping – and all of get satisfaction from helping others, and seeing other people develop and blossom and grow. I just think, go for it definitely! Go in and have a chat with whoever it is who is volunteer managing. 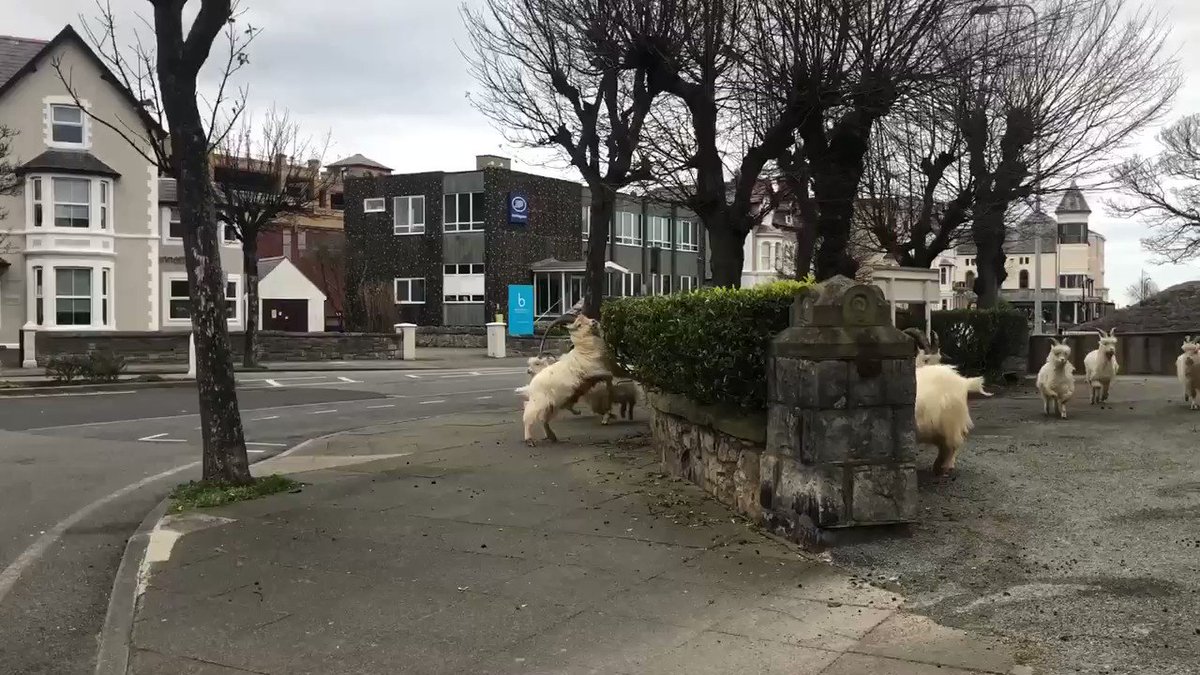 the goats rampaging around lockdown Llandudno are a true inspiration

Following the recent COVID-19 (coronavirus) outbreak the Brigstowe Office is now closed. Staff are working from home. We are providing advice and support through video and telephone calls. Individual staff are contactable in the usual way or you can contact us by email on: info@brisgtowe.org or by phone on: 0117 955 5038. Please do not hesitate to get in touch if you require any form of support.