Otherwise known as “Can’t Pass It On” It is now a fact that a person living with HIV, who has an undetectable viral load, will not pass HIV on to their sexual partners.

Undetectable is the term used when a person’s viral load (how much virus there is in the blood) is so low that the machines they use in the lab to measure it cannot detect the virus. This is achieved by the person living with HIV continuing to take their medication. The medication is called Antiretroviral Treatment or ART.

There have been 3 major studies to provide the scientific evidence for us to be able to say this.

They are; Partner 1 Study, Partner 2 Study and 2017’s Opposites Attract Study. These studies looked at the risk of transmission of HIV between couples where one partner was HIV positive on effective treatment and the other was HIV Negative.

In these 3 studies combined there was a total of about 126,000 occasions of condomless sex between these partners, with no transmissions.

In July 2017 BHIVA Chair (British HIV Association), Professor Chloe Orkin, said: “As the UK’s leading voice for HIV health professionals, our backing for U=U is unequivocal. There should be no doubt about the clear and simple message that a person with sustained, undetectable levels of HIV virus in their blood cannot transmit HIV to their sexual partners”.

❎ Please vote for @BristolCommon at the National Diversity Awards! 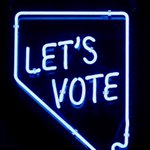