PEP is Antiretroviral Therapy (ART) that is taken after an instance in which someone maybe have been vulnerable to acquiring HIV. The medication can be taken up to 72 hours after potential infection but has more efficacy the sooner you take it. The medication works in the same way that ART meds work for someone who is HIV positive but as the virus is so new to the body the medication is able to fight it off completely.

You can get PEP from GPs, sexual health clinics and A and E, though it is given at the health professionals discretion.

PrEP (Pre-Exposure Prophylaxis) is a medicine for HIV negative people, taken before sex, so it is “pre-exposure”. Prophylaxis means to prevent infection- in this case, HIV. It can reduce the risk of getting HIV when taken as instructed.

PrEP is made up of two drugs, Tenofovir and Emtricitabine, taken as a single pill. These drugs are known as antiretroviral medicines and have been used as a part of HIV treatment for many years. You may know this medicine by its brand name, “Truvada”.

Results in trials have been very successful, with PrEP significantly lowering the risk of becoming HIV positive and without major side effects. In trials, if people took the pills as prescribed, the protection PrEP provided from HIV is close to 100%.

In clinical trials, PrEP has been used in two different ways:

Both methods have been shown to be very effective, although event-based dosing has only been studied in gay and bisexual men.

PrEP does not protect people from other STIs, and people on PrEP should get regular full STI tests to look after their general sexual health.

Unity Sexual Health will be providing a full PrEP service.

If you are interested in getting PrEP in this way then please ring the Unity Sexual Health PrEP line on 0117 342 6941. and leave your name and contact telephone number to be added to the  “mailing list” – they will then call you back to discuss eligibility and arrange appointment – there may be a delay in arranging your first appointment – depending on demand for PrEP.

Brigstowe are proud to join 50 plus HIV, health and equality organisations in a joint Community statement calling on the Government to ensure equal access for all who need PrEP. To read this statement in full and to add your name please visit:

To find out about all things HIV testing visit http://startswithme.org.uk 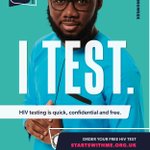 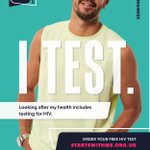 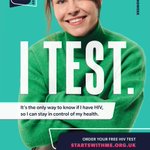